Once upon a time, August 17th, 1920 to be precise, a baby girl was born in Ranelagh, Dublin to a respected singer and a businessman who was part owner of the Shamrock Rovers football team.  The girl inherited her mother’s singing ability and her father’s passion for sports.  She excelled at both, and at one point in her childhood she pondered the possibility of a career in sports.  She had childhood memories of her parents hosting wonderful musical parties, and of listening at the top of the stairs with her five siblings.  Despite the violence and hardship of the fight for Irish independence, the civil war and the early years of the Irish state, the FitzSimons family managed to find great joy in both sports and music and to encourage their daughter in both.

That girl was accepted to study at Dublin’s prestigious Abbey Theatre, and grew up to be one of the most celebrated actresses of the last century.  Born Maureen FitzSimons, she was dubbed Maureen O’Hara when she was cast in her first film – Jamaica Inn, directed by Alfred Hitchcock in 1939.

That movie launched her life and career as a Hollywood star.  O’Hara’s talent, stunning beauty and perhaps a bit of the luck of the Irish meant she started at the top instead of toiling in bit roles.  And she stayed there throughout her career.  In the same year, she married a film producer she met on the set, but they divorced two years later – more than 50 years before divorce would be legal in Ireland.  O’Hara was a woman before her time in many ways.  Her natural athleticism and the skill she developed playing sports growing up meant she could play far more physical parts than many of her fellow actresses of the day, not least her iconic role as Mary Kate Danaher in The Quiet Man.  Through her roles and her life, O’Hara reminded audiences that while the laws of Ireland might not have been very progressive for women, the women of Ireland are a force to be reckoned with all the same. 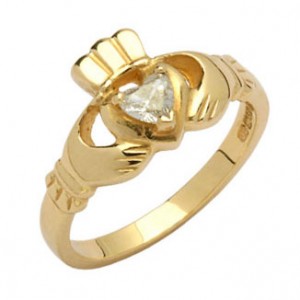 Her second marriage to co-star Will Price lasted longer and gave her a daughter, Bronwyn, but eventually ended in divorce.  While O’Hara shared the screen with leading men who set hearts aflutter across the country, such as John Wayne, James Stewart, and Rex Harrison, she found the love of her life in Air Force Brigadier General Charles Blair in 1968.  Blair had worked as a commercial airline pilot as well, and the couple co-managed Antilles Airboats in the Caribbean.  O’Hara and her aviator husband Blair travelled the world together until tragedy struck.  In 1978, Blair perished in a plane crash.

O’Hara returned to her acting career and made films until 2000.  In 2005, she returned to the West Cork property she had purchased with Blair until she reached the age of 92.  Due to health issues, she moved near her family in the United States.  She was awarded a Lifetime Achievement Academy Award in 2014.  O’Hara died on October 25th, 2015, but left a body of work that will ensure her legacy is treasured for generations to come.