Home > Blog > Culture & Travel > Frank McCourt: the Voice of the Future is in the Past 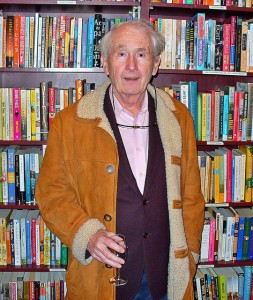 It might come as a shock to expecting mothers, when searching the web for baby names, to come across the voice of the well-known writer, Frank McCourt. The website Baby Names of Ireland features McCourt’s voice pronuncing and defining hundreds of Irish names–each in his musical accent. McCourt’s first memoir, Angela’s Ashes reflects on the harsh conditions of his childhood in Limerick, Ireland. It sparked his later writings, Tis and Teacher Man, that were linked so much with death and despair as the first; yet contained his enduring hope and durability, as well.

In an interview with Amy Goodman, McCourt says of his childhood:

…it was desperate because of certain things, ingredients, like my father being an alcoholic, my mother having too many babies in too short a time, no work available in Ireland. And even though — even then when my father did get a job, he drank the wages. Then there was the harsh kind of schooling we had with school nurses who ruled with the stick. And then the overwhelming presence of the Church, which imbued us with fear all the time. So it was fear, dampness, poverty, alcoholism, fear of the Church, fear of the schoolmasters, fear in general. (McCourt, Frank). 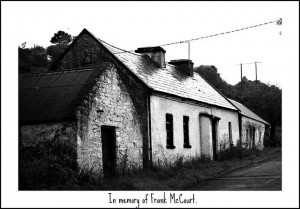 His melodic voice, whether in writing or in speaking, is something that was also appreciated by his New York students, who McCourt taught over thirty years. McCourt’s student remembered into adulthood his unorthodox teaching methods, his accent, but mostly his snapshot stories from his life in Limerick. 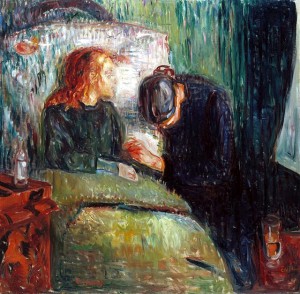 In Teacher Man, McCourt gives credit to none other than what he calls “his doggedness” in surviving his upbringing. But apart from his doggedness, he had always too, an almost magic ability with the written word that protected him from the harshness of his circumstances. As a child, recovering from typhoid, he read Shakespeare and was touched by the way the poetry rolled his mouth like jewels when reading Henry VIII (Bachrach, Judy). As the article notes:  McCourt had a talent in seeking happiness from misery any way he could – but mostly through literature, what McCourt called “the dancing words.” (Bachrach, Judy)

At age 19, McCourt left Limerick to come to America, where he started working at the docks before later enrolling in NYU. New York, which was actually the place of his birth, welcomed him to a new life and a fresh start; a safe place where he could quietly reflect and compile his memories into notebooks.

Maybe one of the most inspiring things about McCourt’s writing is the non-judgmental way he framed his memoir Angela’s Ashes, in the tone of a child taking everything in. He also wrote the dialog without quotation marks, as some note, admirably to the truthfulness of remembering his early life (Schuessler, Jennifer).

Besides candidness, there was hope. The spark of life in decay. The upturn of his lips in photographs. He had the attitude that revitalizes and lives on in the memory of a good soul. As do his words when he recalls:

“Even though we were poor, at the lowest level, below the lowest economic level, we were always excited. I was rich in the sense that we had a lot to look up to, to look forward to, a lot to aspire to, a lot to dream about”(McCourt, Frank) .