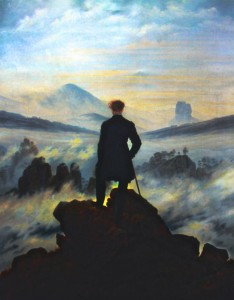 The New York City Museum of Moving Images currently features an emotion-simulating piece of artwork that at first appears static, yet changes to reflect the expressions of the onlooker (Exhibitions). On the wall it hangs. A representation of Caspar David Friedrich’s painting The Wanderer. A viewer stands from a distance, with his face to a hidden lens. As the onlooker shuts his or her eyes, the scene in the painting becomes stormy. When the mouth of the observer closes and opens, rain clouds emerge and thunderclouds clap.

Suddenly, the picture becomes bright and sunny again when the onlooker blinks. The exhibit created in 2012, called Mimicry, encompasses the idea that a viewer’s mood affects that which he is viewing and vice versa. It is an idea that Romantic poets, such as Yeats and Shelley, as well as the artist, Friedrich, took a special interest in, calling  the nature that profoundly influenced them, ‘the sublime.’ 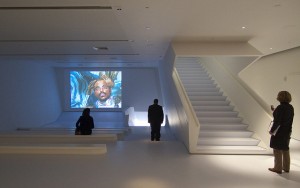 To the romantic poets a sublime setting may have been a timeless expression of the divine on that which is ephemeral. A sublime setting causes a person to feel small in the world, yet not small per-say in the sense of being weak or insignificant. Rather, nature lives through the perceptive one and opens him or her to the majestic. If humans affect the environment, and our environment affects us, Saint Augustine of Hippo had a clever observation when he said: “Bad times, hard times, this is what people keep saying; but let us live well, and times shall be good. We are the times: Such as we are, such are the times.” 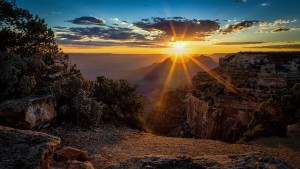 When a group of medical professionals, traveled to Bere Island, (on the southwest coast of Cork, Ireland) , they found a direct correlation between the spiritual and the sublime. They set out to conduct research that would help their patients deal with a sense of what the article refers to as “being apart.” As stated,  this apart feeling is “our first experience of being ill (Kingston, Rosari ).

According to the findings, the environment, and the sense of peace one finds within it, is essential to restoring a sick or traumatized person to health. As the contributor notes: “Suffering affects us mentally and emotionally as well as physically and if we do not use the fourth aspect of our being, namely the spiritual, to integrate that suffering, we do not initiate the great healing process that illness can engender in us. (Kingston, Rosari). 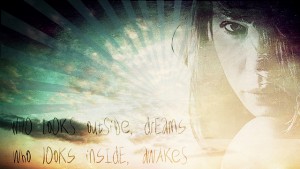 When a smile, a look to the eye, can represent an intangible connection between people and a diminished sense of feeling small in the world, one medical professional found that the kindness of a local offering him a coffee filter when the local shop was closed, demonstrated that sole but unabated feeling of belonging. The mystery between how we connect to each other and our environment, may only be possible in first looking into ourselves. There we may discover the source of rain and sun.