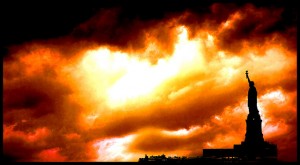 For the rural Irish immigrating to New York for the first time, it’s hard to imagine what mighty impact the big city left on them or what they noticed first. It could have been The Statue of Liberty, of course; or Ellis Island; the amass of lights, or the fast pace of the people.  Onlookers, later to become infected by the New York-way-of-life, were drawn to the streets of the city, the architecture, the exterior world of getting from point a-to-b, rather than what Linda Almeida Dowling, in the article Forty Shades of Brooklyn, describes as an Ireland “standing still,”(Deignan, Tom). Almost by centripetal force, Ireland was the whirlpool– flinging its citizens like water to Great Britain and to America.


What was remembered was the city’s exterior, its stature, its moving cavalcade. Dowling describes America as a wonderland for the Irish; she writes: “Speaking thirty and forty years later, emigrants recalled the lights of New York City, the tall buildings, the abundance and variety of food, the speed of city life” (Deignan, Tom). For journalist, Pete Hamill, The Brooklyn Bridge stood out the most as a superior New York landmark. He wrote the essay “Bridge of Dreams,” to recall his childhood memory and fixation on the Brooklyn bridge. Nowadays, students hoping to go on to further education must read his essay, which is an entry requirement for all examiner in New York. 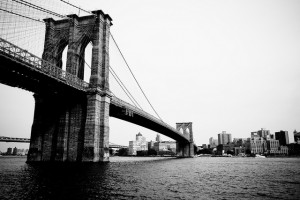 Author, Frank McCourt, who was born in America and later moved with his parents back to Ireland, recalls the streets of the same borough. McCourt writes about the many occasions his mother scoured the street in search of his father during the depression times. He writes: “Mam…put the twins in the pram and off we go through the long streets of Brooklyn,”(Deignan, Tom).

Brooklyn was perhaps the most shocking and inspiring borough, in Irish memory, for the reason that it held so many Irish homes (away from homeland) for the Irish immigrants. Not only was Brooklyn a borough of the Irish, the Bronx also became a new fountainhead for the Irish-American. In a study by the sociologist, Daniel Patrick Moynihan, he found that one-third of Brooklyn was inhabited by people of Irish descent by 1890 (Deignan, Tom). Brooklyn was also called a “borough of churches,” yet this does not mean that the Irish stayed in the church buildings and were content. They expanded outwards, into the streets and so did their religiosity. 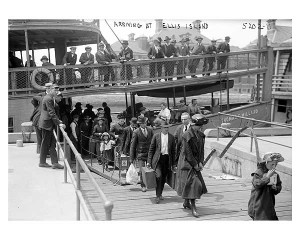 Rather than an insular or domestic place–still far different from the ‘fixed’ Ireland, New York created perhaps not only a  new environment, but a new Irish. Especially by the late 1920’s, or what is called the Golden Age, Irish thrived with stable work for 1st and second-generation immigrants. There they were let loose to the streets. And the street came alive.  The city itself becomes an active force in slapping, shaping, and turning out productive Irish-Americans leading the best lives possible.

As one columnist, Jen Glanz, puts it–“Don’t Move to New York unless your ready to fall in love:”

Because even on your very worst days — even on your very best days — this city will slap you in the face with love. The love will be everywhere. In the faces of strangers, in the opportunities that you earn, carved into the pavement of a street you walk by every day, but didn’t seem to notice. Because you’ll start to care for a place you only meant to stay in temporarily. Because your life will never be the same anywhere else — it’ll always yearn for dance floors open until 4 a.m. and subway carts that shake up your thoughts and twirl you into parts of the city that cars take forever to get to.