In leaving Ireland, I remember a song I heard on RTÉ radio a few days before returning to the United States. Its lyrics went: I left my heart in Athlon, my heart is an empty stone.” 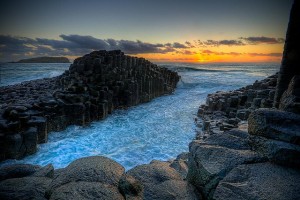 Still, I think of those lyrics today and envision the images of the place that captivated me as a stranger to the land. There is a heaviness, a profundity, that’s comparable emotionally to the weight of a stone on ones chest is physically. Comparably, in the legendary of Fionn mac Cumhaill (or Finn MacCool), Fionn gave his opponent giant rocks in order to make him flee his turf.

The photograph of Athlone, shown above, was taken by W.D. Hogan and also appears in the National Library in Dublin. It depicts Athlone, a town, almost exactly in Ireland’s center. It was taken in 1922, when the new Irish Free State was just arising; it shows British soldiers retreating across the bridge and handing back the Customs Barracks to Irish rule. 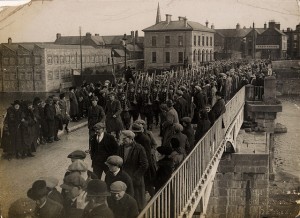 For those who migrated from Ireland, it would be doubtful to say that the British political and economic coercion that lasted for centuries in Ireland did not weigh heavily on them. Those who had to seek employment and opportunity elsewhere may have laid the blame for their uprooting. According to the book entitled, The Butte Irish, the likelihood of the Irish seeking refuge in their own land was somewhat of an improbability in the 19oos. He says: “For over a century no generation of Irish children came of age certain of Ireland’s ability to provide a permanent home,” (pg. 43 Emmons, David).

Another idea, however, is that Ireland is an ephemeral and untenable land by its own rights. If a bit whimsical, this idea at least eliminates the view that Irish were solely victims of English rule. For natives and non-natives alike, Ireland can be looked at as a nostalgic place. Many yearn to go, many yearn to stay. There is a yearning to capture the land that so many have had to immigrate from just to survive. Ireland has a presence in the heart, which is not a physical presence but an emotional on–that makes it so valuable.  In the words of James Joyce, “Absence: the highest form of presence,” can again relate to Ireland and the identity of the Irish. 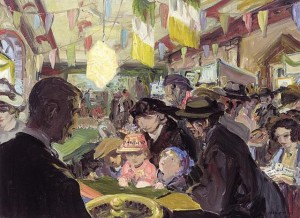 Even when Irish immigrants had left for America and were settled, they still maintained their sense of identity. They fought for worker’s rights, joined unions, formed Irish political organizations, such as the Clan na Gael, and sent money home to support their families and fight from afar for the causes of independence and opportunity. The hope that Ireland could not be claimed, only preserved–lived on. This idea transforms the national identity of the Irish, to less of an identity configured by history, war, and economic turmoil, but rather one of strength.

The Ireland of the heart became more powerful than the territory itself. It became not something to be conquered, rescued, or controlled but something to be loved. As Emmons writes: “Ireland was frozen in time for those who left it, and frozen in contorted aspect.”