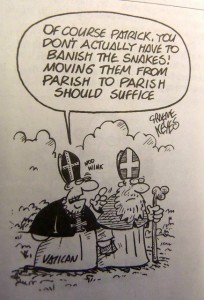 To some, Saint Patrick and the myth of riding Ireland of snakes is an allegory where the snake represents evil and Christianity is the cure—the eradicator—to that evil. Yet, others trust the geography of the island in answering the no snake question.

Before the Emerald Island was an island, it was covered by ice. According to National Geographic, Great Britain was connected to Europe and “was colonized by three snake species: the venomous adder, the grass snake, and the smooth snake” (Snakeless in Ireland: Blame Ice Age, Not St. Patrick). However, the land bridge between Ireland and Britain were cut off some thousand years earlier—before Britain and Europe ( where the snakes originated) were separated. As the glaciers began melting, the snakes could not  cross the expanding ocean that had already formed between Ireland and Britain.


On another island, Japan, there are a fair amount of snakes. 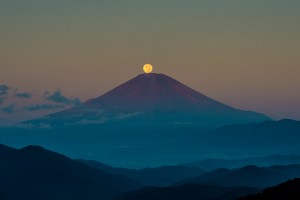 As represented in the short story “Kino” by Haruki Murakami, snakes appear in the story as a foreboding. If snakes were a symbol to evil in Ireland rooted out by Christianity, they are represented in Murakami’s story in a similar manner. As stated in the story: “…when a snake leads you, you don’t know whether it’s taking you in a good direction or a bad one. In most cases, it’s a combination of both (Murakami, Haruki).”

Murakami writes, “In these legends, the biggest, smartest snake hides its heart somewhere outside its body, so that it doesn’t get killed. If you want to kill that snake, you need to go to its hideout when it’s not there, locate the beating heart, and cut it in two” (Murakami, Haruki).

The snake is depicted here as keenly as it’s depicted in the biblical reference of Adam, Eve, and the apple, and though the myth of Saint Patrick may be an allegory to evil and salvation, it is more complex than that. Snakes exist, pain and suffering exist. It is not the purpose of human beings to deny this fact. If only as a forthright response to pain, “snakes” are avoided and told they do not exist. It is not the snake, but the response to the snake. It is easy for human beings to clear their heart away when in denial, so not to be hurt. Yet, there comes a point when pretending there is no pain, is more painful then accepting it. That is the point Murakami’s story is putting across the division, the land bridge, whatever we may call our response and our reality. Maybe Saint Patrick was trying to relate the same vision, as if to say: I have cleared away my snakes, now it is time to clear away your own. 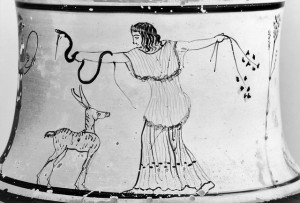