Home > Blog > Culture & Travel > Patrick? There’s no one here by that name.

Monday March 17 this year will see a great river in Chicago and the fountain at the White House dyed green. Streets will still see ticker tape and other stains of urban parades lining the gutters. The shops will update their displays with overpriced green wares, t-shirts custom built for college fraternities and competitive drinkers. 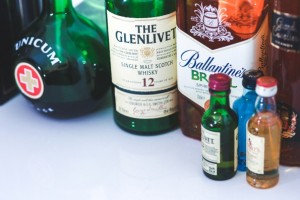 March 17th is St Patrick’s day. The day when everyone is Irish. Wear your green, drink at your liver’s peril,  spill your guts literally upon the sidewalk.

Today is the day when everyone the world over is said to be Irish or Irish at heart, which is code for self-destructive drinking. It’s a Halloween for grown-ups, gluttony exchanging candy and ghosts for stout and spirits.


Looking around on this day our culture is as substantial as the food coloring used to make a bacchanal look pretty and as thin as boiled cabbage.

We’ve all joined the party and missed the point.

Here in the middle of lent lies a feast day for a Brit, kidnapped  to work as a shepherd only to end up Catholic in Ireland where he taught the people about the holy trinity with the shamrock as a guide. Fast forward to today where the world tarnishes his name and being Irish by drinking “car bombs”. It’s more tone deaf than the whole pub singing The Wild Rover.

Patrick, if he was ever here to begin with, has left the building, his space filled by the ritual killing of sobriety with the sacrifice of common sense at the altar of imported lager. 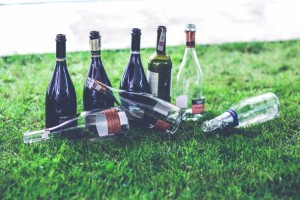 What other saint is so celebrated? What other culture fits into a pint? Poor Patrick’s been sold again to tend a new flock of sheep.

I grant you, it’s difficult to type while so vigorously wagging a finger. The Irish love a good time. They have a rich pub culture and a high drinking rate. But it’s an odd, bitter Christianity that takes one day a year to hold up a culture as it’s sins and excesses with a side of corned beef.

How did it go from the Apostle of Ireland to Lepre-con crawls? Why is the world so thirsty for a reason to get drunk on a Tuesday? As if the Irish have done nothing for the world but poured a drink.

The Irish are a proud people who have left an indelible mark upon the world so how did it come to pass that from a parade in 1737 of homesick soldiers that this day would become a great green pushpin holding the weight of our worth? It’s estimated that daily, 5 million pint of Guinness are drunk but on St. Patrick’s it’s 13 million. At least some are taking the piss while everyone else has a drink. But being Irish is not so much grease paint to be caked on. Culture is not a clown show.

Other culture’s have it worse, get prized less and handled with more ignorance. It’s not reasonable to pout and pretend that the Irish as the proverbial red-headed stepchild. But if this is to be the day that the spotlight is shone on who we are, we damn well better enjoy a few sips and a smile as we watch a world in emerald drag pantomiming who we are.