Home > Blog > Culture & Travel > The Most Dangerous Woman In America

Since 1991, America has recognized March as Irish-American Heritage month honoring the lives and contributions of a people who helped make this country what it is. This is one of their stories. 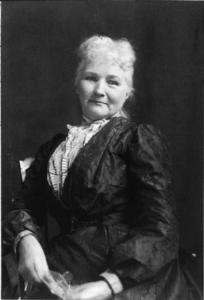 She stands just under five feet, chest and shoulders above where a sturdy gravestone would stand. But these days there is no time for  cemetery markers or ceremony, only the endless creak of cart wheels and the grunt of the men lugging the dead. Her round face is wet with tears as her hands are wet from the washing of the bodies. It is 1867 and yellow fever rips through Memphis, Tennessee taking the iron-moulder husband and four children of Mary Harris Jones. She wears black for mourning and she will never take it off.

Born in Dublin, 1837 to a father intent on leaving, getting away from British bayonets, she would arrive in Canada before her father’s work on the rails and in the canals drew them south to America. Mary would eventually teach at a convent in Michigan for a time, then try her hand at dressmaking in Chicago before settling in Memphis where she would meet and marry George Jones.

After fever claims her family, her widow’s grief takes her to Chicago where hours are spent plying needle and thread.

A renowned dressmaker, Mary Harris Jones is frequented by the wealthy elite of the town. They have an eye for craft and finery but a blind spot in equality and Mary, who can see to thread a needle easy, notices them not noticing.

History would march through in 1871. The Great Chicago Fire would wipe out 3.3 square miles leaving one hundred thousand homeless. Included in that ash was a dress shop.

Finding no comfort from her well-to-do customers, Mary would begin attending meetings of the Knights of Labour. From now on Mary Harris Jones will no longer be followed by history, she will lead it.

This small woman demonstrates a powerful voice. After their kindness to her, Mary would begin speaking in support of labour unions and travelling to lend her support to striking workers.Her care and attention to these causes would earn her the nickname “the miners Angel” and union workers would start to call her Mother Jones.

She gave many powerful speeches that brought the attention of the police and politicians, the rich And the greedy, who supported the status quo of  the subhuman conditions inflicted on the working class. For her passion she would be repeatedly thrown in jail and thrown out of towns, being labeled the most dangerous woman in America, proclaiming “I’m not a humanitarian, I’m a hellraiser.”

In her later years, Mother Jones would lead The March of the Mill Children. She brought a number of children maimed and disfigured from harsh working conditions starting in Kensington, Pennsylvania traveling all the way to President Roosevelt’s home on Long Island to bring to light the unseen cost of 20th century industry. 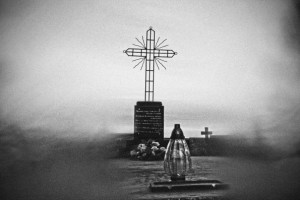 Mother Jones offensive against abusive business ended in 1917. After her passing she was honored with a burial among miners. “Pray for the dead and fight like hell for the living.”

A great loss for Dublin but an historic roar for the workers of America and the world.