This Wednesday, February 18 marks the beginning of the month of Ash. 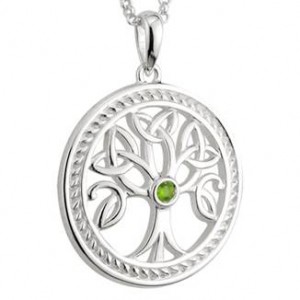 That’s the tree, not the soot.

The ancient Celts devised a tree calendar based on the lunar cycle. Trees held great importance to the early peoples of Ireland. In those days, before we trod over all to pave and build, process and burn, the Emerald Isle would have been greener, thick with forests of huddled trees. From these trees came wood for shelter and fire, they hid animals good for eating and dangled fruits for snacks.

When a tribe came to such a forest and began clearing, converting it into a place that would be theirs, they would leave one great tree standing in the center, the Crann Bethadh.


This was also known as the Tree Of Life.

These trees were believed to hold particular properties and abilities to bless, heal or ward off harm.

It was said that the Ash’s berries  could be placed in a cradle to keep mischief away from a child while it’s leaves could be left under a pillow for prophetic dreams. It’s also considered one third of the sacred trilogy of trees along with the oak and the thorn.

Ogham, a medieval alphabet of the early Irish language, is also called a tree alphabet due to the letters, which were called “feda” or “forking branches”  that had the appearance of leafless trees and letters named after trees. The Ash was “Nion” and held the place of the letter “N”. 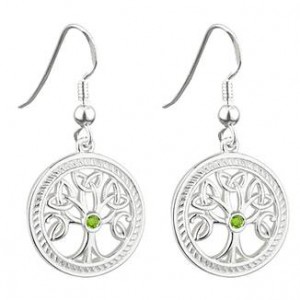 The name ash is thought to have been derived from the anglo-saxon “aesc” meaning spear which was one of the uses of the wood. Being tough but pliable, Ash was used to make many weapons. And it’s the type of wood believed to have been in the stick St. Patrick used to chase the snakes away.
It is said that emigrants leaving Ireland during the Great Famine would take some wood from a local Ash tree as a ward against drowning. and during times when wood was scarce, the ash remained uncut.

In modern times the Ash still grows strong in Ireland and is prized for furniture making as well as being the wood of choice for hurleys. You may consider it tree worship, but pay attention the next time you see a Hurling match at the reverence paid or the passion displayed should someone try to use an off-sized hurley.

In 665 many Ash trees were cut down by Christians claiming a symbolic victory over paganism, right before Christianity adopted many of the trappings and traditions of that same paganism to awkwardly define itself. Had things gone differently and Christians held fast their belief seperate from those early Celts we may never have known the strange reverence that occurs for bearded fat men or Easter rabbits during key moments in the life of Jesus.

Some times the roots get tangled.