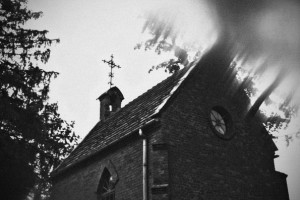 In just two weeks, on February 18th, the Lenten season will be upon us. For forty days people of faith will fast and forsake the trivial and material while focusing on the important aspects of life.

The official beginning of lent falls on Ash Wednesday, when in many faiths, foreheads are marked with ash to show an outward sign of repentance and serve as a reminder of mortality, “Dust thou art, and into dust thou shalt return”.

The ashes are usually those of palms burned from the previous year’s Palm Sunday.

The following forty days (minus Sundays) would usually see practitioners abstaining from fowl and meat. The two most lean are the black fasts on ash Wednesday and good Friday when only one meal and water are taken. 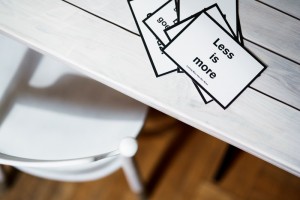 But before all that, before the rumbling stomachs and bare cupboards there is one last feast. Many countries celebrate a form of Mardi Gras, a day to cut loose before the stringent living starts.

In Ireland there is Pancake Tuesday, significantly less debauched than some, yet more syrupy.

This day was originally called Shrove Tuesday and used as a day to confess sins. While that’s still a worthy cause, faith’s ideal has relaxed to align itself more with modern ways.

The association with pancakes came from having one last sumptuous fun meal before the long period of self-denial. It also served the practical function of emptying the cabinets of all the foods about to be forbidden. In some cases after the pancakes were done, even the pan used to cook them was set aside.

But it’s not only one simple meal. As with all irish traditions it involves a ritual to push the children out the door into marriage.  As such, it was customary for the eldest daughter to toss the first pancake. Another tradition was to bake a ring into one pancake of the meal, playing dental roulette with the family. Whoever got the ring pancake would also be married within a year. For the Irish so loved their children they could think of nothing better than to infect someone else’s life with them.

Lent also sometimes involves the giving up of something for the duration, a particular sweet or habit. To tie-in to that spirit of self-control, Ash Wednesday has also become “National No Smoking Day“,  a great way to get into the spirit of the season even if you don’t regularly find yourself at church. And a better way to assure you’re around for many years, and many pancake tosses to come.