Home > Blog > Culture & Travel > The Blarney Stone and the Eloquence 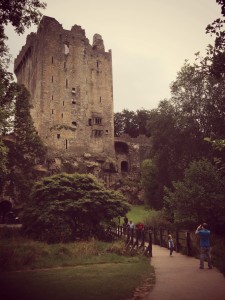 The Blarney stone is world renowned for giving those who kiss it the gift of the gab, meaning the ability to speak well. Presumably, the word means, also, to speak well in order to gain favors.

The definition of ‘blarney’ is: to influence and coax with fair words and speech without giving offense. A Queen Elizabeth original, the word  originated from the queen’s very mouth when she was given excuses for why the castle was not conquered by the jest she put in charge of overruling Cormac McCarthy, the Irish king of Munster (Blarneycastle.ie). During the time, Queen Elizabeth’s was trying to gain new territories for England. She ordered The Earl of Leicester to order McCarthy to turn the Blarney castle over to the English crown, while each time her hired man came back with pretty excuses. He was afforded more tries at the queen’s expense. In the meantime, McCarthy himself laced the excuses for the earls next visit as if they were fine silk to be delivered back. 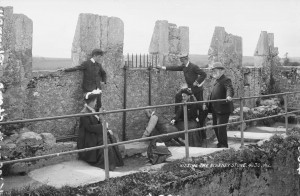 Some account that it was the king’s ‘blarney’ that saved the castle No matter the means, McCarthy succeeded in reigning over Blarney for the whole of his lifetime. There are many origin stories for the stone. According to one legend, the Blarney stone was a magic stone given to one of the old ruling kings of old Ireland. According to The Places of Peace and Power website, the story goes that one day a king was walking when he saw an old woman drowning in the river; he offered the woman his hand and rescued her and in return, she bestowed him with a magic stone–one that promised him an eloquence he beforehand did not possess (Gray, Martin). According to The Guardian, researchers took a strip of the rock to find out the limestone was not foreign, as some had claimed, but of Irish soil.  (“Mystery of Blarney Stones Heritage Finally Solved”). From the thin fragment of rock that was examined under the microscope, the article considers if the same eloquence is produced upon kissing a fragment. 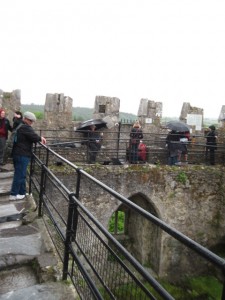 Whatever the belief, people have gravitated toward the rustic emblem, literally bending themselves backwards for it, sliding on their backs, and dangling over the edge of the castle, to kiss. It proves how a  symbol can produce a story, a confidence, a sense of magic in the human psyche. Whether a sorceress’ stone, a woman’s gift, or a symbol, the Blarney stone is something that moves, something that deceives, wittingly or unwittingly the rock is neither stationary or steadfast. Nor is it easily definable. Both verb and noun, it straddles the in-between.