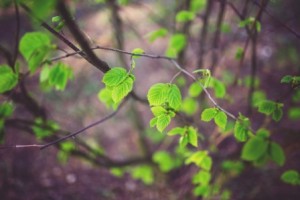 This coming Sunday, February 1st marks the Feast of St. Bridget of Kildare. Along with St. Patrick and Saint Columba, Bridget is one of Ireland’s three patron saints. This day is also known as the Celtic festival of Imbolc, celebrating the beginning of Spring and an evening when Bridget goes from house to house offering her blessing.  The day is also similar to groundhog’s day, except it was the hedgehog seeing his shadow too alerts us to how much longer winter will endure.

Bridget holds a lot of responsibilities. Aside from being a patron of Ireland she is also patron saint of babies, blacksmiths, children born into abusive unions, children born with abusive fathers, dairymaids, fugitives, infants, nuns, poets, poultry farmers and printing presses among many others. It’s her patronage of babies that ties her to an early spring celebration with it’s symbolism of new life.

It’s quite a bit of work she does but she was built for it. Her name comes from the noun brigh meaning vigor, valor, power and virtue. All of these were characteristics she used throughout her life to found two double monasteries, an oratory and an art school which would go on to famously produce the Book of Kildare.

Less seen now, her feast was once commonly celebrated by roving groups of young people, Biddies or Biddy Boys, who would sing in exchange for rewards of money or food. As they went about they carry the Brideog, a small doll. The doll would be fashioned the evening before the feast by single women after which young men would call and ask permission to enter seeking to prove themselves gentlemen to their prospective brides and Brideog.

Some households would lay rushes on the floor, inviting Bridget in to spend the night and bless the house. 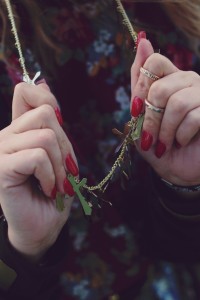 Bridget’s impact and longstanding popularity as a saint led to the widespread usage of her name among Irish girls. But the popularity of the name was inverted by British and early Americans during the late 19th and early 20th centuries in an attempt to turn their hard working, no nonsense ways into a slur. Irish girls in England and the U.S.A. would be written off, called Bridget and considered slow-witted, rude and ignorant. The phrase no Irish need apply,(NINA) actually comes from a British song about such an Irish woman looking for work. 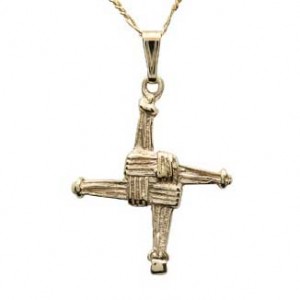 St Bridget also gave us her cross.  As the story goes, Bridget was at the bedside of a man nearing death. She did her best to comfort him through his pain. All the while her fingers played about with the rushes and twigs on the floor. Looking down, the man saw that she had woven them into this form we know as st Bridget’s cross and asked that she baptize him into the faith before he passed.

It’s still made today and believed that if hung at the door of a house will ward off fire, hunger and evil. A profound strength from so simple a making. But such is the work of faith. Have a safe and happy faith, however you partake.

“Go down on your knees, do homage and let blessed Bridget enter the house.”