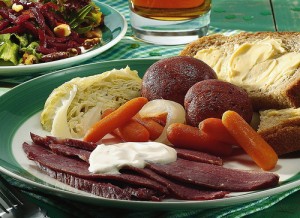 Winter officially began Sunday, December 21st and looking out my window today at the snow-covered ground further confirmed that Winter is in full swing.

I think we did what most families would do at the sight of the season’s first light snow fall — we put on our Winter coats and shuffled in the snow until our noses and fingers begged us to find retreat inside. We live in the High Desert of Southern California, so Winter temperatures and snow fall came a little later than in other states.

This is the time of year I dust off my crock pot and plan for each hearty meal that will be created within it. I love the tantalizing smell that teases me throughout the day, like the Sloppy Joe mixture that cooked for four hours before we scooped it into buns. Tomorrow I’ll be up a couple of hours before everyone else to whip up some Cinnamon Rolls in the crock pot.


Now I know that Sloppy Joes and Cinnamon Rolls are not part of traditional Irish cuisine, but there are many hearty Irish dishes that can be savored this Winter that can also easily be created in your crock pot. The dishes listed below have been historically affordable for the Irish and what’s great is that they’re still affordable today. Here are some Irish favorites (or new creations) that should be given a twist and thrown into the crock pot: 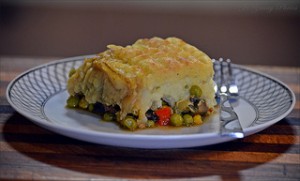 Apparently the term pie came into play in 1791 when the introduction of the potato made for an affordable dish for the poor. Now this traditional dish is great because it usually combines ingredients you’re likely to already have in your kitchen and a crock pot version would be a fun task this season.

Also, check out this web page for some twists on this classic dish. 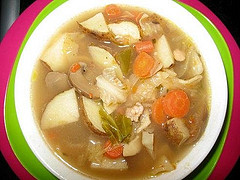 Irish stews have historically been favored by the Irish for their economic benefits. When the Irish immigrated to America they toted along their hearty recipes, including the Irish Strew. There are many variations of Irish Stew and almost all recipes permit the ingredients for this bowl food to be chopped up the night before and added to the crock pot the next morning. Check out this recipe for Irish Cabbage Stew and give it a go for some delicious, comforting stew. 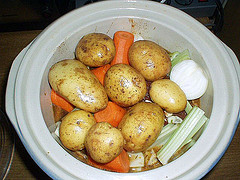 I really don’t know what’s more hearty than this recipe found on Yummly. This one combines an Irish stout with a boneless beef chuck roast, carrots, potatoes, celery and some other necessary ingredients. The beef chuck roast might have been a bit of an expenditure in past times, but the vegetables make for a filling and rather inexpensive dish. Dishes that don’t require outlandish ingredients that you’re unlikely to use more than once are the best kind. 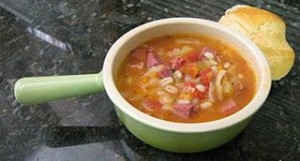 Yummly comes through yet again with this classic dish that has been minutely altered to go into the crock pot. There’s a dose of controversy about its origin; History.com says this dish is about “as Irish as Spaghetti & Meatballs.” What do you think?

Some say the Irish really made this with bacon and cabbage and that perhaps it was the Irish-Americans who substituted corned beef for bacon. No matter its origin, this delicious dish that’s traditionally served on St. Patrick’s Day should be served earlier on in the season for many nights of heartiness.