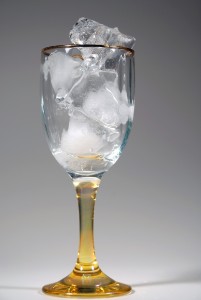 A bottle of whiskey passed around at an Irish wake is essential for the the resilience and undefeated attitude of the Irish. As heard in The Dublin street balad, “Tim Finnegan’s Wake,” we witness a quality that is eternal and never in the least despairing. The ballad is about a common working man, who is seduced by whiskey: a man named Tim, who takes the drink to work with him. But as misfortune pronounces, he falls off a ladder and dies. The funny things (and yes there’s a funny thing) is that the whiskey, later spilled on Tim’s body during the funeral, is what revives him.


When the “elixir of life”  or uisce beatha as whiskey is written in the Irish language, spills onto Tim’s open casket, he is brought to life. Whiskey, the root and cause of all evil is at the same time– life’s solution. A Pandora’s box, good and evil, heaven and hell are the likes of such a concoction as that. The fountain of youth and a cyanide injection in one, whiskey is the ultimate catch-22. “Tim Finnegans Wake” performed by the Clancy brothers as the rendition shows below, invites a humorous side to death and dying.

As demonstrated, laughter at the presence of a wake, shows a certain strength in the face of darkness. It proves that living life in the moment is never something to be lost. It’s the getting-on part of life that the Irish practice so well.

Even though a cheerful attitude is so hard to come by at time of great anguish, it is also what is needed most to rejuvenate “lost spirits” during hard times. Especially in the death of a loved one, it seems more than ever– the past and it’s memories are up-most-and-pending in the minds of those who’s loved ones have left them. Along those lines, we come just in time for the New Year. We celebrate what the future has to hold. And at the same time, there are always memories of the one’s not present. 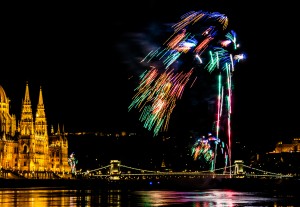 Yet in the possibility that one thing and its opposite can co-exist, such as life-and-death, body and spirit, change recharges us with good feeling. There is warmth in the memories–and in the spirit that ensues long after a loved one has passed away. It takes us back to the evanescence of the present moment and how quickly time fades if we do not live it to the fullest. We must co-exist with the overbearing past and the uncertain future. But maybe more than co-exist, we can thrive off the laughter and the sadness which entwine to create a present moment that, once reached, is extraordinary. Not as one single flame we exist and show our emotions but as an erupting collection such as those seen in a firework show. 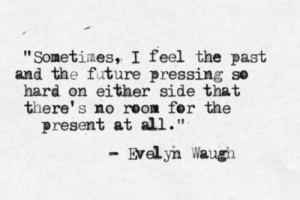 In the coming year, there may be resolutions to save more, drink less, subtract something from the long list of so-called vices. It’s hopeful to consider that instead of subtracting, perhaps we should be adding to the list, affirming the good, and loving life despite life’s chaos. So next time you find yourself paralyzed by the past and too scared to turn a leaf to the future, remember:  a hardy laugh and a spill of whiskey can awaken even a dead man.