Home > Blog > Culture & Travel > “Of my nation! What ish my nation?” Ireland and Drinking

In parts of America They call St. Patrick’s Day amateur night as people of all race and creed seem to gather in lighthearted competition to see who can drink the most. 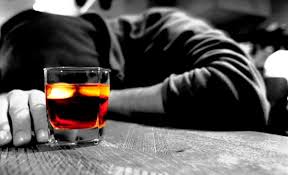 Now is that a compliment? That once a year so many should wear green and distill a nation’s entire spirit to the quick burn of distilled spirits? Is that what Ireland is? Rolling hills dotted with pubs and locals lain about in various states of inebriation?

The Irish, they say, are natural storytellers and such tall tales raise a great thirst needing a pint or two to quench. But is every mother’s son and daughter a lost cause given over to the bottle?


The idea of the Irish as a drunk is old, stretching at least as far back as 1599 when Shakespeare wrote MacMorris into his Henry v, his every line an affectation of slurred speech.

Ireland has a long history with liquor with the first record of distilled spirits in the 12th century: Uisce beatha. The Gaelic of aqua vitae,  or water of life had been used used for medicinal purposes. But people soon learned to love it’s rough burn and would look for any minor ailment just to taste it and enjoy a little escape in revelry. Eventually uisce’s pronounciation was corrupted to become whisky.

So the Irish drink. It’s tradition. Ireland has made poitin since at least the 1600’s using it to bear the pain of living under the duress of foreign rule. And Bushmill’s in Northern Ireland is the oldest distillery in operation having opened in 1608.  To this day Irish liquor exports total over US$1.5billion.

But much of what’s produced stays local and lines the shelves of pubs and markets as well as the family pantry and sadly there are high rates of alcoholism in the Irish and their diaspora. According to the Organisation for Economic Co-Operation and Development, Ireland is the fifth highest consumer of pure alcohol by litre.

Those in Ireland are found to drink less frequently than neighboring countries but to consume more when there is occasion. This may be rooted in a few different aspects of life and culture. 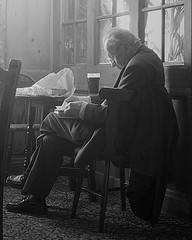 One cause is genetics. Alcoholism is based in genetic predisposition.  Though many still see it as a quiet sin and shame to be locked away, it is not itself a choice. Though Ireland was the first in Europe to have Alcoholic’s Anonymous, a fine support system for those struggling, many still overlook the seriousness of alcoholism, not wanting to recognize the struggle.

Another cause of Irish binge drinking can be attributed to the family and larger social group. If you are raised on two pints a sitting, you learn that as a standard measure. If you grow up seeing adults consume whole bottles of whisky themselves and five pints in a sitting then stands to become a common night out.

Then, price. Drink has been available in large quantities even at a minimum wage. In some cases, a bottle of beer costs less than a bottle of water.

The Irish are as rich and complicated a people as you may find. And an issue such is this is more complicated still. Let it be upon every son and daughter of Erin to wear that title proudly, but never use it as an excuse or be counted less by those who don’t understand it’s full meaning.