No one loves the immigrant. These are brave, hard working people usually driven out of their homeland by terrible conditions. They endured unimaginable journeys with no promises just to make it to a harsh land of inhospitable people. Who expects that some of the least accepting people would be from your native land?

Today the Irish are well established in America having lent much to it’s character. But there was a cost in earning a place that set Irish against Irish for a time and a price that’s left some questioning their authenticity.

Everywhere the immigrant goes, lines are drawn and they find themselves on the wrong side of us and them. They call America the melting pot because it simmered not because of the finished product.


By the mid-1800’s there was heavy immigration into the United States. The Irish had already gained a foothold in American society but they didn’t look kindly on newer arrivals from the old country. They saw competition for good jobs or easy marks whose trust could be exploited, fleeced and swindled. The already settled had faced an uphill climb to join society, in their newer countrymen they saw a shortcut. 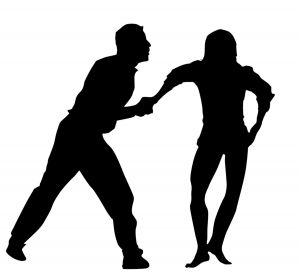 The settled Irish realized that America was not a soft place. The streets were cart paths, not gold. They had been taken advantage of when they landed, facing disdain and discrimination. Didn’t they owe it to these new Irish to break them in properly? Wouldn’t their neighbors be impressed if they showed how American they could be by having a laugh and making some money off of their new Irish?

The settled Irish were referred to as Lace Curtain. Lace curtains were a status symbol. The lace curtain Irish looked down at those who had just arrived, calling them shanty Irish, drawing a sharp line between a group of people that should have been considered the same. Natives would laugh at both sides attempting to be something else. Survival was the business of the day but now the social order included having something to prove.

Eventually, the target softened on an Irish back, gaining some acceptance through entertainment as popular songs and vaudeville skits that gave a new idea for others to cling to. Other groups, war and slavery became bigger topics of American life.

And while this allowed the Irish to grow throughout the life and culture of the United States, it costs  culturally and shaped opinion abroad. There are plenty of Irish back home in Hibernia that look over in disgust calling these descendants Plastic Paddies: shamrock worshiping fools practicing an idea of what it is to be Irish.

In some ways it’s the lot of the Irish American to never be Irish enough, that in sticking it out here in America we have sacrificed some part of the Irish identity. Maybe that’s true. Maybe those born on this side of Ellis Island will never be full-blooded Irish and there’s some joy we’ll never know at the loss. But there is equally a loss on the part of all those other poor souls who haven’t walked where we’ve been.

No one tells the immigrant before their journey starts that it will never end.  In the end, we are our own breed, not better than others, luckier for who we are, but someplace between those simple souls born to only one land.