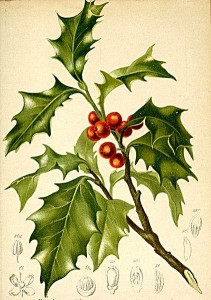 In truth, we all need holidays, if for no other reason than to break the work day routine. We need good things to look forward to, and reasons to get together with our families and friends. For all of us, it is a chance to catch up on some much needed time off.

How do we Irish celebrate Christmas? In truth, there are as many ways to celebrate the holiday as there are people who celebrate it. We are all familiar with those horror stories of distant relatives being forced to spend time together in the same room, listening to Carols and wishing they could quietly strangle the other person seated across from them. We have all endured such gatherings, and breathed sighs of relief, swearing to never again permit said relative to ruin our holiday.

But here it is Christmas again. We have made our plans and lists. Last minute shopping is underway. For some of us with our busy lives, the only shopping we can do is last minute. Children come home from school with their heads filled with hopes for expensive holiday gifts, and we groan, knowing that we cannot fulfill all their dreams.

Christmas was not really celebrated in the United States until the mid 1800s, along about the time of the Industrial Revolution. The first puritans believed Christmas celebrations were immoral. Then came the mid 1800s. People from all over the world flocked to this country; including the Irish.

In Northern Europe, ever since the early Middle Ages it had been common for the peasant workers to choose a Prince of Fools, to take over the leadership of the town. This Prince would then proceed to treat the lord or count as the lowliest slave, much to the merriment of everyone else.

American bureaucrats did not want immigrants to bring their embarrassing old world customs with them, so they declared to all their workers that Christmas should be celebrated quietly, within the home. Better still, while the workers stayed quietly at home, they should spend all their money on gifts for each other. Wassailing, mummers and marches for the Wren were all frowned upon by these industrialists, as these customs all included begging for money to go out drinking. Thankfully, we are relearning our heritage.

Christmas is indeed a hodgepodge of customs dating back to the Roman Empire. Saturnalia with its drunken revels became The Twelve Pubs of Christmas, for the Irish. This is a custom that may only date back as far as our great grandparents’ time. The leader picks out twelve pubs and establishes rules for each one of them, such as; complete silence at this one, and everyone dances a jig at that one. The object is to savor a pint or so at each pub. It is extremely difficult to get through all twelve pubs in one night.

Holly, because it thrives during the cold months have decorated homes during the long winter months since before the time of the Ancient Romans. People around the world have adopted this custom, making them their own, by attaching their own lore to it. The ancient Celts believed that holly would protect them from evil, and they lavishly decorated their homes with it. Perhaps it was the prickly leaves that would keep such spirits away. Dried, ground and made into tea, those same leaves can be used to relieve relieve pain and reduce fevers.

Still, even with the headaches from spending more money than we have, preparing for and attending far too many parties, the real spirit of Christmas lies in the best wishes we have for everyone we know and care about. 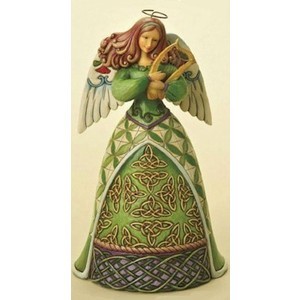 The light of the Christmas star to you
The warmth of home and hearth to you
The cheer and good will of friends to you
The hope of a childlike heart to you
The joy of a thousand angels to you
The love of the Son and God’s peace to you.

Nollaig Shono Duit; Or Merry Christmas to all!