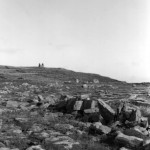 Our guest post today is written by Maureen Palmersheim

The phrase—a light to be found in a dark place—is perhaps not as true any place than it is in referring to the Irish Landscape. Ireland, known for its poets and storytellers, which have transcended the ages with their literary achievements, have marveled and been inspired by Ireland’s stunning and sometimes strange features.

The west coast of Ireland is only a small part of an even smaller Island, yet it inspired the writings of two famous authors, J.M. Synge and J.R.R. Tolkien, whose literary creations span a half-century apart.

J.M. Synge and The Aran Islands 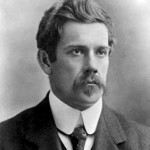 Long before the 21st century, when inhabitants of the Aran Islands, a set of three islands just west of Galway Bay, spoke their predominant native tongue, storytellers brightened the moods of their people with song and story. Their songs removed the darkness that oftentimes compromised the islanders’ spirits as nighttime approached. When there was all but story to take the people from fear into imagination, it was the storyteller’s role to bring light.

A modern day view of Dún Aonghasa, edging the cliffs on the largest island, Inishmoor.

J.M. Synge, author of The Aran Islands first visited the Islands in the year 1898 and describes those details of the mythical landscape, particularly the myth in the everyday lives of the people, which fueled his writing. A Dublin man himself, Synge showed the world, including other regions of Ireland, the vast contrast that one island and one people, so in-tune with their natural setting, could have on the rest of the civilized world.

J.R.R. Tolkien and The Burren 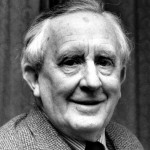 J.R.R. Tolkien, famous for his success in The Hobbit and Lord of the Rings, understood mythology as a form of divine truth. Tolkien is said to have been struck by the Irish mystique he encountered on his visits throughout the west coast. According to The Burren Tolkien Society, Tolkien was particularly impressed by The Burren, a rocky and largely barren landscape in Co. Clare, which is said to have been the influence for his fantasy world, Middle-earth and especially his depiction of Mordor.

The society also notes that somewhere in The Burren is a cave, Poll na gColm, which translates from Irish into The Hole of Gollum and is said to be the home of a certain beloved or begrudged character, Smigel—whose most precious qualities you can decide for yourself (Burren Tolkien Society).

In the case of the J.R.R. Tolkien, J.M. Synge, along with many other noteworthy writers, the Irish landscape has a timeless quality of transfixing those who are new and old alike. No matter the decade, the appeal is lasting. So much so that one could easily mistake the Irish landscape for a literary tradition in and of itself. It was not man, but the land that wrote the tale. Man witnessed the miracle of what he saw in Ireland, was transfixed by it, and came out powerless to do anything but relate such magic.

Our guest post today is written by Maureen Palmersheim