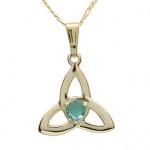 Our guest post today is written by Genevieve Fosa.

We hear them and let them slide in-one-ear and out-the-other, without paying much attention to them. Or, we may actively try not to hear them, especially when we are feeling down, and the person repeating them to us is trying to get us to snap-out-of it, and fly-right.

Those sayings are entwined, like the Celtic Knot, through Gaelic, where most of them began, as well as the English language and most of the Western European languages. They affect the way people the world over think about how society and politics work; proof that we Irish have spread our influence everywhere. The sayings that follow are merely a smattering of the thousands that have been attributed to Irish grandmothers, writers and poets.


Such as; it may appear to the other person that we have spent too long considering the pros and cons of pursuing a certain project. The helpful person twitches our elbow and says,

– you’ll never plow a field by turning it over in your mind.

True, it is the sort of saying you might frame and hang in your office, unless, of course, you have a parent, or great aunt who repeats these things all the time, even when you wish she wouldn’t.

– If it’s drowning you’re after, don’t torment yourself in a shallow pond.

Or, to the belligerent young man, it’s often that a person’s mouth broke his nose. Not that telling him so would prevent him from insulting someone, just to get the other person to fight back.

– It’s a good horse that draws its own cart

could be in praise of work, but it sounds as though it really is in praise of running your own business. Then there is the one about being careful of the company you keep

– if you lie down with dogs, you’ll rise with fleas

and possibly worse. It is excellent advice, unless you heard it a few times too often when you were a teenager. Or, how about the way parents like to take pride in their children? To a raven, her own chick is white..

– A scholar’s ink lasts longer than a martyr’s blood.

This saying is rich in irony, when you consider that it emerged from a country so rich in upheavals and bloody conflicts.

And this is a saying I love, especially after sitting through numerous board meetings;

– Everyone is wise until he speaks.

And this saying, which appears to describe many of the wealthy people we know;

– He’d offer you an egg, if you promised not to break the shell.

And this is a saying we all wish our corporations would take to heart when working out the pay rates for their employees;

–The best way to keep loyalty in a man’s heart is to keep money in his purse.

However, that could be a lost cause, as corporations are not noted for their hearts.

On the value of work, and treating yourself as though you deserve to be paid well;

Then there is the saying; nearly the equivalent of light always being at the end of the tunnel;

– even the longest day has its end.

Our guest post today is written by Genevieve Fosa.