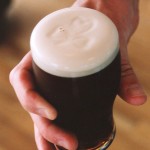 Our guest post today is written by Jeannette Swanson

A good Irish beer should not only be consumed on St. Patrick’s Day. For those of us who can’t regularly make it back to the Emerald Isle, we’ve chosen five beers unique enough to have been rated a Top Irish Beer by many critics. Beer experts will know that a good number of these beers are in fact brewed by Guinness, but they still stand on their own two feet and aren’t in a Guinness bottle. So, enjoy any one of these five beers with an equally Irish food pairing that have been brewed in Ireland, not brewed in Irish fashion in any other location.

This Irish Ale comes from Ireland’s oldest operating brewery in Kilkenny, Ireland. Founded in 1710, Smithwick’s was originally brewed by monks on the site of a Franciscan abbey. This particular Irish ale offers a chestnut color and a smooth, classic taste. 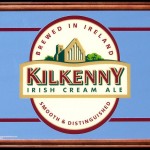 This Irish Cream Ale that’s less hoppy than a Smithwick’s can also be dated back to the fourteenth century. Appealing to one of your senses will be a rich aroma and to the other, a sweet, creamy, caramel flavor. With 50 percent less carbonation than most beers you can expect to feel less full and have room for another one or two. 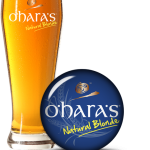 Ireland may be known most famously for their stouts, but this natural blonde teases you with more bitterness than its other blonde competitors. Brewed like a European Blonde, the beer that’s almost a mixture of a pilsner and a blonde, pleases your palate with a rich smoothness. 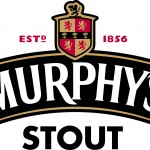 Brewed by one of Ireland’s top three breweries, Ireland’s Murphy Brewery has created a light and sweet stout with flavors of chocolate milk, double shot espresso and caramel. On tap it takes a good dose of patience and practice to pour for optimal taste. But if you can’t find this Irish Stout at any bar near you, cans by Murphy include a widget containing a gas that creates the draught flow effect for a right from the tap taste in the comfort of your own home. 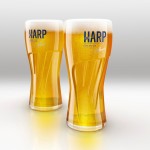 First produced in 1960 by the Great Northern Brewery, this Vienna-style Irish lager boasts crisp and summery flavors. Now brought to you by Guinness, but not in typical Guinness fashion, this lager with a buttery sweet aroma is available year-round for your drinking pleasure. Some Irish brews taste similar to milkshakes, but this is the brew to sample for a clear pour and a refreshing finish.

Our guest post today is written by Jeannette Swanson