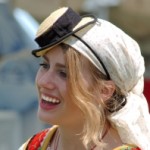 This summer and early autumn, Ireland will come alive, as the people of the Emerald Isle embrace newcomers during a variety of entertaining and exciting gatherings and festivals.

Known for their warmth and their legendary “gift of gab”, the Irish people really pull out all of the stops in order to make visitors feel welcome.

Whether you’re planning a trip to Ireland this summer or fall, or simply love drinking in the charm and uniqueness of Irish culture, you’ll probably really enjoy this blog post, which offers details about a couple of interesting (and upcoming) Emerald Isle gatherings and festivals.

The Irish are known for their contributions to the arts, so it’s no surprise that many of their best festivals and gatherings have a distinct artistic focus.


In fact, it’s safe to say that the country which produced author, poet (and notable wit), Oscar Wilde, as well as the poignant verse of William Butler Yeats (and the songwriting genius of U2, Van Morrison and Enya) continues to inspire in the milieu of storytelling and music.

Now, let’s look at two premier festivals – one of them is bound to be just right for your tastes. 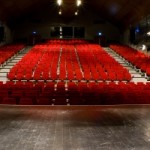 If you enjoy discovering the most impressive new performing artists, the Dublin Fringe Festival will be an ideal way to experience the very best in dance, theater, comedy and music.

This acclaimed festival will run from September 7th to September 22nd, 2013, and it’s guaranteed to stimulate the senses. Each year, the festival’s organizers and curators work very hard to bring audiences stellar new talent that is innovative, entertaining, and often bestowed with plenty of pure Irish charm.

This year, over one thousand participants will perform in 600 events, all of which will be held at the most appealing venues in County Dublin.

The festival schedule for the upcoming fall 2013 season is yet to be announced, so be sure to keep yourself in the loop by bookmarking the official website today. 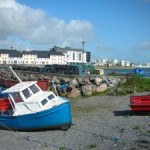 Galway, Ireland is a beautiful place with a rich and colourful history. In fact, one Galway native, Richard Joyce, was the creator of the very first Irish Claddagh Ring.

Today, this locale is the home of the annual Galway Arts Festival, which is scheduled to run from July 15th to July 28th, 2013.

Founded in 1978, this festival always features a dizzying array of artists from all over the world, as well as musicians who perform a range of styles (from pop to jazz to classical and traditional) .

If you’re fond of visual arts, dance, family events and comedy, you’ll find that this festival provides exceptional entertainment, against the backdrop of one of the country’s prettiest and most charming regions.

This year, the festival will feature the work of Howard Hodgkin, who is one of Britain’s most critically-acclaimed contemporary artists. Other festival highlights will include performances by popular rock group, Grizzly Bear and the Strypes and live comedy from “Father Ted” star, Ardal O`Hanlon. 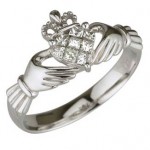 If you want to embrace the beauty of Ireland at its most traditional, why not treat yourself to one of our exquisite and handmade 14k White Gold Diamond Claddagh Ring designs?

When you choose this diamond stunner, you’ll be wearing a timeless symbol of love, loyalty and affection that is meant to be treasured for a lifetime.

Adorned with the crowned-heart-and-hands motif that is so beloved in the Emerald Isle, and all over the world, this tender and romantic design is perfect as an engagement ring, or as a right-hand ring.

Our authentic Celtic jewelry designs are perfect ways to honour Irish heritage, and they feature the most painstaking craftsmanship. So, why not order your own traditional Irish Claddagh Ring today?