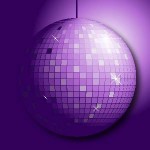 Now and then, we take a trip back in time, to the Emerald Isle of yesteryear.

These posts are inspired by an Irish documentary television program, Reeling in the Years, which detailed political events, cultural trends, and lots of fascinating tidbits from specific years in Irish history.

This time, we’re going to look at the Ireland of 1973, when the disco era was just beginning and Irish troops served as UN peacekeepers in Cyprus.

Check out Reeling in the Years for Yourself…

To watch Reeling in the Years for yourself, check out the YouTube clip posted above. While the clip looks very serious at first glance, it’s actually a mixture of serious topics and more lighthearted subject matter.

Now, let’s take a look at events and happenings in the Emerald Isle during this pivotal year…

Highlights of Irish Life in 1973 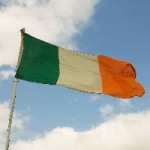 After the New Year, Ireland rang in big changes, as the country joined the EEC (European Economic Community). Britain and Denmark also came on board at this time.

During the same month, The Fifth Amendment of the Constitution of Ireland was passed, which negated the “special position” of the Roman Catholic Church and other religious institutions.

In February, the National Coalition of Fine Gael and the Labour Party were triumphant during the national election. This victory signified the end of 16 years of Fianna Fail dominance in government.

Over half of the the country voted, although participation by Catholics was practically nil.

The Troubles continued to do terrible damage, as Irish Republican Army bombs went off in Whitehall and at the Old Bailey in London. In spring of 1973, the Northern Ireland (Emergency Provisions Act) was passed, which abolished the death penalty for murder in Northern Ireland.

Irish politicians went on the campaign trail in 1973, including Fianna Fail leader Erskine H. Childers, in preparation for an upcoming presidential election.

Later on, in June, Childers won the election and became Ireland’s next president, re-establishing Fianna Fail’s political position in the Emerald Isle.

During 1973, Irish troops acted as United Nations peacekeepers in Cyprus. These troops aimed to defuse violence between Greek and Turkish Cypriots.

Irish author Iris Murdoch released her eagerly anticipated novel, The Black Prince, in 1973. Classic rockers Thin Lizzy released their song, Whiskey in the Jar, and it soon rocketed up the charts to number one.

Other popular songs in Ireland during this year included Tie a Yellow Ribbon Around the Old Oak Tree by Dawn (featuring Tony Orlando) and the syrupy Young Love, which was performed by Donny Osmond.

If you’re of Irish heritage, why not connect with your own family background by choosing a traditional Irish ring that features elegant Trinity Knot detailing?

Our Silver Trinity Knot and Pearl Ring is affordable, it features a genuine pearl, and it’s handcrafted right in Ireland.

Perfect as a treat to yourself or as a special gift for a lady that you care about, this exceptional design has plenty of Irish symbolism and meaning.