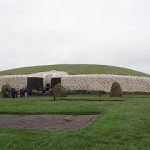 Known as one of Ireland’s most popular tourist attractions, the picturesque Boyne Valley is located in the Emerald Isle’s north-east region, and it spans both County Meath and County Louth.

This land was an ancient settlement for the Irish, who called it ‘Bru na Bóinne’.

Today, this area is the home of some stunning attractions, including ancient burial tombs, such as the Newgrange Passage Tomb pictured at left.

This passage tomb is also defined as an ancient temple, and it was constructed around 3200 B.C.

The tomb attracts thousands of tourists each year.

Inside of the passage tomb, which predates Stonehenge, there is a special skylight that illuminates the tomb’s interior during the Winter Solstice.


Each year, there is a lottery to see who will gain entrance to the tomb at this special time (December 21st). When the passage tomb is flooded with golden light, many visitors feel a sense of transcendent peace and wonder…

Other highlights of a trip to Boyne Valley include visits to the other thirty-nine Megalithic passage tombs (including the Knowth, Loughcrew Cairns, and Dowth relics) that rest in the Valley, all of which offer shining examples of prehistoric Celtic design and ancient symbolism.

Many tombs are adorned with burial mounds that are engraved with mystical spiral shapes and other symbols of eternity. 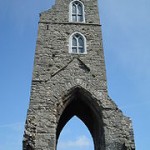 Drogheda on the Boyne River is one example of a charming Boyne Valley village that attracts the interest of tourists and Irish residents alike.

In Drogheda, visitors may enjoy a bustling village with all of the amenities, while being surrounded by beautiful examples of Megalithic and Christian architecture.

The Millmount Martello Tower and Saint Mary’s Abbey (in nearby Trim) are must-sees if you’re in the Boyne Valley region; also, be sure to take in the splendor of the modern Boyne Viaduct, or the medieval St. Laurence’s Gate.

Of course, no Irish village is complete without the usual assortment of traditional Irish pubs, fine restaurants, art galleries, and performance halls, and Drogheda, which is situated near the scenic Boyne River, has all of these in glorious abundance.

The Hill of Tara 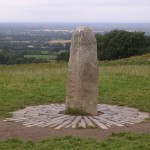 Also close by the River Boyne, the mysterious Hill of Tara (Temair in Gaelic) has been the subject of fascination for archeologists and laymen for thousands of years.

Known as the home of 142 Irish High Kings, the Hill of Tara was also believed to be hallowed ground, as it was thought to be the dwelling-place of the gods.

Today, the area is characterized by a series of rugged stone monuments (such as the design shown at left), which offer a taste of another time…

Since the ancient history of Ireland is so tied up in myth and legend, historians dispute some of the tales associated with the Hill of Tara; however, this kind of controversy only fuels more interest in this fascinating Boyne Valley landmark.

As you can see, the Boyne Valley is a popular tourist attraction for very good reason. Anyone with Irish heritage will marvel at the history and culture of this North-east Ireland locale…

Celebrate Your Heritage with Irish Jewelry 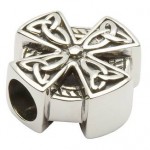 This lovely, sterling-silver design is the perfect complement to any charm bracelet, including our own Tara’s Diary Charm Celtic Bracelet, or a Pandora design.

Crafted with painstaking care right in the Emerald Isle, this signature piece is a perfect way to celebrate Ireland and honor your own Gaelic heritage.

Affordable and versatile, our beautiful charm makes a perfect gift idea for any special lady who adores Irish history, culture, and design.