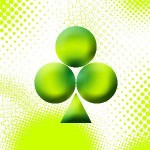 Now and then, we take a little trip back in time, examining life in Ireland (and all around the world) during different time periods.

These posts are inspired by the Irish documentary series, Reeling in the Years, which combines news highlights with snippets of popular music from that time period.

If you’re interested in reminiscing and walking down memory lane, you’ll enjoy reading about Ireland in 2001. It doesn’t seem like that long ago to many of us, but politics and popular culture have changed significantly since then…

On the first day of the year, Irish people (along with the rest of the world) rung in the new year and celebrated the advent of the twenty-first century. Later that year, on September 11th, Ireland’s citizens watched in horror as the tragic events of September 11th occurred in New York City.


The terrorist attack on the World Trade Center took place in a city with a vast Irish-American population, and the Irish government formally extended its sympathies to the city of NYC and its people.

In particular, the Emerald Isle has a strong link with the New York City Fire Department, whose members braved terrifying conditions in order to save lives on that fateful day; many Irish-American firefighters sacrificed their lives on 9/11, dying as heroes…

This regiment fought for the Union during the Civil War, and many Irish-American firefighters were felled during the First Battle of Bull Run, which was fought in Virginia in 1861.

After this change was rung in, the police service began to reopen cold cases (including over three thousand unsolved murders) that occured duing the Troubles.

In December of that year, the Irish Euro coin made its first appearance in the Emerald Isle; this coin features a harp symbol that represents the harp of medieval Irish regent Brian Boru.

In Ireland, the harp insignia is a remnant of the feudal age; it was adopted by many Irish High kings as the central symbol on their banners and heraldry.

Along with the harp motif, the coins were also decorated with twelve stars that represent the twelve countries of the European Union.

In October of 2001, the Provisional IRA of Northern Ireland made an important announcement; they stated that they would begin to decommission weapons used in the Troubles. 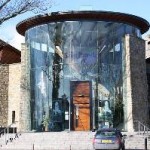 To honor Ireland’s patron saint, a new Saint Patrick Visitor Centre was opened to the public in Downpatrick, County Down, Northern Ireland.

This venue houses a selection of interactive displays centered on the life of this important religious reformer.

The centre’s curators avoided the wild legends and fantastic myths associated with St. Patrick, and instead focused on facts about his life and achievements.

Today, the Irish Shamrock, which was strongly associated with Saint Patrick and his Christianity, is one of the most powerful symbols of Ireland, and this motif is surely honored within this important visitor centre.

Enjoy a Panoramic Look at 2001 in Ireland

To enjoy a sweeping look at the Emerald Isle in 2001, check out the Reeling in the Years video clip posted below…

Treat Yourself to Handmade Irish Jewelry 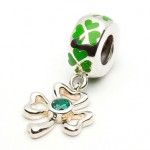 If you’re proud to be of Irish heritage, why not show your Irish pride with our beautiful and vibrant Tara’s Diary Shamrock with CZ Dangle Charm? Crafted of gleaming sterling silver and fine, Kelly-green enamel, this lovely charm also features a shimmering green gemstone.

Created to honor Saint Patrick, who used the Shamrock to illustrate the presence of God in nature (he believed that each of the plant’s three leaves symbolized Father, Son and Holy Spirit), this pretty design is pure Ireland!

Show your love of the Emerald Isle by choosing this handmade piece today; it’s crafted in Ireland for true authenticity.

Our charm will fit onto a Tara’s Diary Collection charm bracelet or a Pandora bracelet.