Home > Blog > Culture & Travel > Why Can’t the Whole World be More Like Ireland? 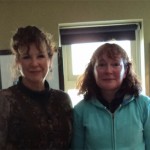 A guest post today, from Linda Stanley, from the US, who visited Ireland in April 2011 and fell in love with the place. Here’s her story, and poem. Thanks for sharing Linda:

After several years of waiting for a timeshare resort in Ireland to become available during a “warm” month, we were finally alerted to the Huntsman Club in Waterville during mid April, 2011. I wanted some peace and quiet and Waterville and the surrounding area of County Kerry was just what I wanted.

My mother and father had been to Ireland several times before he passed away and they had told us children so many charming stories of Ireland and how the people of Ireland go out of their way to make you feel like family. I thought we’d invite her as she was familiar with parts of Ireland and we thought it may bring back the good memories she shared with my father there as well. We also thought my sister, Barbara, would like to come as she has an adventurous spirit and has traveled extensively. She had experience in driving on the opposite lane of the road.

As soon as we arrived in Shannon the people were so genuinely nice to us. No one acted as if they were in a hurry and they all wanted to spend time and talk with us. We have so many stories of the warmth of the people. When we went into one pub a family was singing “happy birthday” to a young boy so we sang along with them. After the singing they brought us each a big slice of birthday cake !

Here in the States, I became familiar with a web site, etsy.com. This site sells homemade items from all over the world. I researched and found a very nice young lady, Rosemary Hill, who lives near Waterville. She makes wonderful handmade crochet items such as wrist warmers, handbags and facial scrubbies. Her website is selkiecrochet on etsy.com. She offered to meet with us in Waterville and showed us several items she had made. I bought as many as my luggage would hold. She then insisted on buying us tea and we had a wonderful visit with her for about an hour afterwards. (photo 1 is of Rosemary and myself).

During another day we found ourselves having lunch in a pub in Dingle. I wanted to take a photo of my husband, Floyd, in front of the bar. The bartender insisted he get behind the bar and pull a tap down for me to take a picture. The entire pub was laughing saying “silly Americans”. The waitress told us to show our friends back in America the picture and tell them we went to Ireland and bought ourselves a pub. (photo 2 is of my husband with the laughing bartender in the background).

We did find ourselves a bit ‘down in the dumps’ on our last night in Ireland because we went to so many pubs and still had not heard any authentic Irish music from a live band. For our last night we stayed closer to the Shannon airport in Doolin at Rory O’Connor’s B&B called the Doll Cottage. We were his very first customers since he opened his B&B. We shared with him that even at supper at O’Connors pub down the street, they didn’t have any music. He told us to come and meet him back at O’Connor’s in about an hour. In the back room there was a party for his grandmother who was turning 90 years old. There were going to be musicians at her party and we were all invited. Everyone at the party welcomed us with open arms. It felt like we were at a family reunion !

As we were waiting to board our plane at Shannon airport the next morning we began asking eachother, “what was going to be your favorite memory of Ireland?” Would it be Kilarney, the Cliffs of Moher, the Ring of Kerry, or perhaps Valencia Island??? We all agreed on the same thing… our favorite memories we will have of Ireland are all the people we met along the way. That’s when I thought- “Why can’t the whole world be more like Ireland”??

Why Can’t the Whole World be More Like Ireland?

Refreshing morning mist circles all around, invigorating my soul
Looking forward to a day of new friendly folks to meet
The dew shines damp upon the grass and my impatient feet
My heart is pounding with the excitement of another day in Eire

Oh, matron goddess of the land, full and abounding
This must truly be God’s dwelling place when he’s in need of respite
A heartland full of hope with each rising dawn taunting to incite
The connection of who you are and your bond with this land

The earth around you, intended as your Maker meant for it to be
No minorities, no classifications, everyone is a friend enjoying craic
You don’t hear shouting, quarrels, or any sirens-‘tis a fact’
Wherever you ramble, you’re part of one large family reunion

Your new Irish family is more than helpful to share with you
Places such as Valencia Island, Doolin, Killarney and Sneem
The excitement is getting there- if I could just ride a rainbow’s beam
With the help of a toddy at days end, I sleep comfortably well

Before my slumber, I watch the full moon travel across my skylight
I think of the emerald green pastures and sapphire seas and lochs
But when I think of the people I’ve met, my heart becomes full of knots
That’s when it occurs to me, “why can’t the whole world be more like Ireland?” 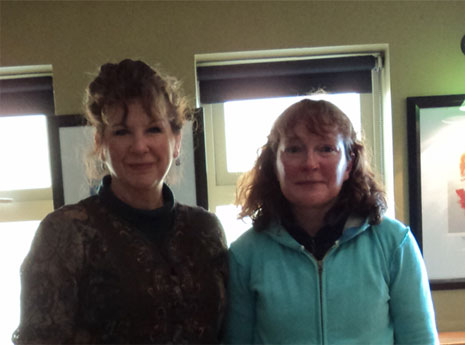 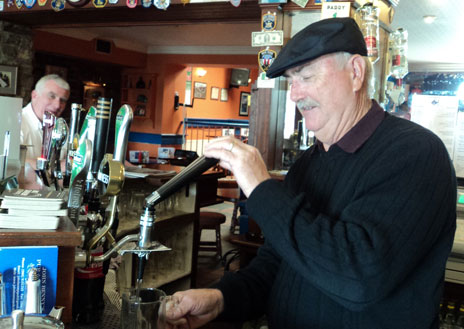