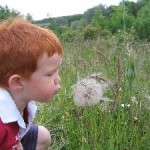 Red hair is gorgeous, and it’s comparatively rare, too – except in the Emerald Isle, which features the world’s second largest population of natural redheads (Scotland is number one).

Reminiscent of the beauty of bonfire flames at night, or the turning leaves in autumn, red hair is sometimes accompanied by a dusting of freckles. Often, redheads also have lighter eye colors, such as blue, green, amber, and hazel.

Red hair comes in a variety of shades, from the classic carrot-red, to deepest auburn or strawberry blond; red hair may also be called “ginger” or “titian” hair.

Redheads are more sensitive to nerve-ending pain (also known as thermal pain), and they may actually be harder to “put under” during anesthesia for operations.

It’s also been proven that natural redheads are at a higher risk of developing melanoma, so they need strong UVA/UVB sunscreen lotion when they are out in the sun.

People with red hair often have very delicate complexions, and they usually burn easily in the sun.

Being a redhead is special, and, although many people with red hair are not Irish, Scottish, or Welsh (there’s plenty of red hair in Germany and Scandinavia – and some ancient Greeks had this bright hair shade) , the vast majority of those with crimson or burnt-orange locks have a drop or two of Celtic blood in their family backgrounds.

Redheads are also bound to be stereotyped by their hair color, since some people believe that red locks signal a feisty temper, and/or a libidinous, passionate nature.

In past centuries, women paid a terrible price for their stunning red tendrils – for example, during the inquisition in France, in the fourteenth century, women with red hair were burned as witches, and doomed to become the victims of a society that was ruled by rampant, paranoid superstition…

In the ancient myths of Greece, redheaded females were fated to become bloodsucking vampires after their deaths…

In this article, we’ll look at the origins of red hair in Ireland (and other Celtic lands), in order to find out why these fiery tresses have become synonymous with so much myth and lore… and with the Emerald Isle’s own people..

The Origins Of The Irish Redhead 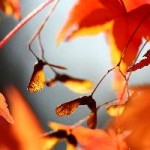 We know just from looking that many Irish people (or people with Gaelic or Celtic ancestry) carry the gene for red hair – however, this gene was not mapped out ’til the mid 1990’s (as melanocortin one receptor MC1R).

The “red hair gene” is recessive, so it can appear in a certain generation, after lying dormant in previous generations.

Red hair is common in Scottish, Irish, and (to a lesser degree) Welsh people; in fact, the origin of this bright, coppery hair color may come from the ancient Picts, who ruled Scotland when it was called Caledonia…

The Picts (the “painted people”) were aboriginal Celts who ruled after the Bronze Age ended; these Iron Age men, women and children lived in Ancient Scotland (then Caledonia), and, in time, lost territory, and then inhabited a kingdom close by the churning Irish Sea.

These ancient Celts were a presence throughout the British Isles, and they also established a Pict kingdom in Wales, at Aberffraw.

The history of this ancient warrior tribe is wrapped in mystery, and hotly debated by historians; however, most do believe that the origins of red hair in the Irish race began with these “painted people”. 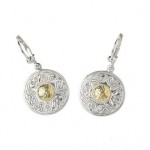 The Picts were an ancient warrior tribe, so why not evoke their brave spirit with a pair of stunning and authentic Silver and 18k plating Celtic Warrior Earrings?

These gorgeous, two-toned earrings are made from fine 18k gold and sterling silver, and they are handcrafted with painstaking attention to detail.

Each pair of earrings is carved with Celtic interlace (knot work), a mystical latticework pattern that symbolizes eternity…the center of each shield earring is engraved with designs inspired by Ireland’s ancient war treasure, The Ardagh Chalice…

Handmade in the Emerald Isle, these earrings are available in small or large, and each pair of earrings is stamped at Dublin Castle.