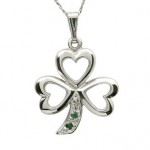 Time moves pretty fast; sometimes, it’s really fun (and very enlightening!) to look back at past decades and compare the events and ideas of those times with today’s trends and topics.

To give you a sense of what life was like in the Emerald Isle in the year 2000, we’ve collected some fascinating tidbits about the most important events and the hottest entertainment crazes from that year.

This post is inspired by a wonderful television program called Reeling In The Years; we’ve also posted some links to the show, so that you can enjoy some authentic Irish television that gives you even more insight into the year 2000.

This “blast from the past” may well take you back to your own experiences of the previous decade!

Reeling In The Years

Reeling In The Years was a popular television series filmed in a distinctive, documentary style; it featured highlights from Irish history and culture during the years from 1962 to 2009.

This show was set against a backdrop of number one pop and rock tunes, and it often used newsy captions in lieu of typical narration.

Exciting and vastly entertaining, Reeling In The Years featured some fun facts and trivia about Ireland in 2000.

During that year, Irish rockers U2 received the Freedom Of Dublin Award, and the Irish watched Al Gore lose the American presidential election to his Republican foe, George W. Bush.

The Youtube links posted below will allow you to enjoy this well-researched, fast-moving program instantly:

In early February, Irish criminal John Gilligan was extradited from England to Ireland to face drug charges, as well as murder charges related to the death of whistle-blowing journalist, Veronica Guerin.

He was later found not guilty of her murder, but was sentenced to twenty years in prison for drug possession…

In May of 2000, devolution was reinstated in Northern Ireland.

In December of 2000, Bill Clinton, who was wrapping up his duties as American President, made a trip to Dublin, which proved to be his final visit overseas; he met with President McAleese, and made a speech in the Duldalk area.

On the 13th of December, President Clinton also met with Northern Ireland political figures to discuss the current political situation and look for solutions…

On the Irish record charts, boyband Westlife reigned supreme with their number one hit, I Have A Dream.

In the world of sports, Irish track and field star, Sonia O’Sullivan, earned Ireland’s only medal at the Sydney Summer Olympics, for her performance in the 5000 meter race. O’ Sullivan was born in Cork Ireland.

Celebrate the unique beauty and culture of Ireland by choosing a shining silver pendant adorned with emerald green gemstones.

This affordable, handcrafted Silver CZ and Green CZ Shamrock Pendant is a perfect, versatile choice for casual or formal outfits.