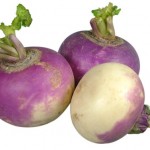 An Irish curmudgeon named Stingy Jack is the protagonist of this classic Gaelic folktale. The story explores themes of amorality – as well as the power of the Irish gift of gab.

If you’re never heard of this popular Irish folktale, which also features the Devil himself – and a turnip – you’ll enjoy learning more about the story of Stingy Jack…

Hundred of years ago, a wily grifter named Jack The Smith (or Stingy Jack) lived in one of Ireland’s small villages – over the years, he’d gained a reputation as a slick con man who also enjoyed a drop of whiskey! In fact, Jack’s unsavory reputation was so well-known, that (according to legend) the Devil himself came to learn of Jack The Smith and his dirty deeds.

Skeptical that this Irishman could be capable of deceits and manipulations that rivaled his own, the Devil went to take a look for himself…he found Jack inebriated and roaming the village where he lived.

The Devil prepared carefully for his first encounter with Jack The Smith – as he saw Stingy Jack looming in the distance, he laid down on a stone pathway, planting a fearsome grin on his face.

As soon as Jack saw this sprawled body (with its frightening, otherworldly smile), he knew exactly who it was. Jack figured the game was up – he’d been caught for all of his sins and the Devil was finally coming to claim his soul.

Trying to escape hellfire and damnation, Jack cooked up a last request – one that would grant him a last pint at the local pub (with the Devil in tow!) before Satan took his due.

The Devil was intrigued by Jack and took him up on his offer – they departed for the pub, where the Devil supplied all manner of intoxicants to Stingy Jack.

In order to pay for all of the drinks, Jack convinced Satan to transform himself into a coin that would cover the entire tab. The Devil agreed, and once he was turned into a coin, Jack smiled and shoved the piece of money in his pocket. The Devil did not know that Jack kept a tiny crucifix in there – this sacred symbol prevented the Devil from changing back into his true form and claiming the soul of Stingy Jack.

In order to free himself, the Devil made a deal with Jack the Smith. They made a pact that would grant Jack an additional decade of freedom. In exchange, the Devil could return to his preferred form and wander back to his domain. After ten years passed, the Devil came to try again…

Jack’s second encounter with the Devil began much like the first one…Jack seemed to go along with Satan’s request – however, he begged for a single apple as a last meal before descending to the underworld. The Devil was gullible and agreed to Jack’s request – then, the Devil climbed an apple tree to find a tasty snack for the Irishman.

While the Devil was high up in the tree, Jack placed crosses in a circle around the base of the tree. Thus, Satan was trapped again. This time, Jack made a different deal – he demanded that the Devil never take him to Hell. The Devil agreed.

When Jack died from his wanton lifestyle, he was barred from heaven – caught in limbo, he decided to ask for admission to the underworld (Hell) after all. However, Satan could not break the pact they’d made and take him in. Instead, he could only give Jack a tiny ember from the hellfire – one which signaled that he was a part of the netherworld.

Jack was forced to wander this bleak world forever, carrying a burning ember inside of a scooped-out turnip. Many people believed this tale was the inspiration for the Halloween Jack-O-Lantern…

Irish Crosses Are Symbols Of Faith 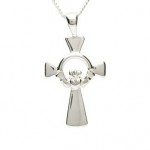 For centuries, women have worn Irish crosses to honor God and to carry on with the strong spiritual traditions of the Celts. These ringed crosses are symbols of divine protection and the grace of God.

If you’re looking for a special piece of Irish jewelry, you will enjoy wearing this handmade design. Each Celtic Cross pendant is handcrafted in Ireland and stamped at the Assay Office of Dublin Castle.

As a gift, or a treat to yourself, this cross can help you connect with your own heritage. Celebrate the beauty of Celtic culture with an affordable silver cross pendant…

5 thoughts on “Irish Folklore – The Story Of Stingy Jack”