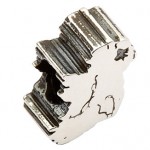 Time moves quickly – sometimes, looking back at the important events, trends, and highlights of past decades can help us gain perspective.

If you’re of Irish heritage, you’ll be inspired by this glimpse into Emerald Isle history…today, we’re traveling back into the decade of big hair, dramatic music videos, and the Cold War…

Here are some fascinating facts about the Emerald Isle of 1981:

Reeling In The Years is a half-hour television documentary that offered some entertaining insights into Ireland from 1962 to 2009. The program focused on archival news footage (national and global), augmented with subtitles. The show also offered up memorable music hits from the year being featured, along with pop video clips that captured the spirit of the times…


Here is a look at some of the events captured in the 1981 episode of this documentary series..along with some other notable Irish and world events of that time…

World Events And Hot Trends In 1981

On the 20th of January, 1981, American hostages being held captive in Iran were finally released after 444 days as prisoners. Spain became a member of the NATO guild in the same year. The nighttime soap opera, Dynasty, starring Joan Collins as the vixenish Alexis Carrington, premiered on American television and caused a sensation. Francois Mitterand became the president of France in 1981.

Celebrate Ireland’s Legacy With A Stunning Map Of Ireland Charm

Throughout countless upheavals, achievements, and changes, the Emerald Isle has retained its distinct culture and unique identity. If you’re proud to be of Irish heritage, why not celebrate Ireland’s legacy with a Map Of Ireland charm?

Designed to be worn with our Tara’s Diary Collection charm bracelet, this sterling silver piece is handcrafted in Ireland itself, and stamped at historic Dublin Castle. Show your respect for Ireland’s rich heritage by wearing this original – and beautiful – charm bracelet accessory.