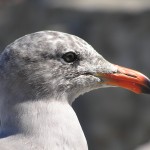 The 45th Annual Southern Nevada Sons of Erin St. Patrick’s Day Parade and Celebrations will take place between March 17 to 20 2011. The Celebrations will kick off with events at 5pm on Thursday March 17 including Live Entertainment, Festival and Carnival. The schedule for Friday is the same as Thursday, but with different entertainment.

Saturday will see the Parade, Live Entertainment, Carnival and Festival taking place at 10am, followed by the Car Show and Awards at 12pm until 5pm. This year’s Parade theme is Shamrocks & Shillelaghs and all benefits will go towards St. Baldrick’s Foundation. Both the Parade and Car Show will be on Water Street, while the rest will be held at the Henderson Events Plaza, 200 Water Street. Sunday March 20 will conclude the Festival with Live Entertainment, Carnival, Festival and Food, all finishing before 8pm.

Visit the Official Website for more information on general events or a more detailed view of the entertainment schedule – it’s well worth the look!