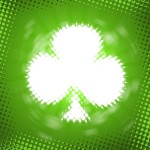 If you’re planning to be in New Jersey this March, you should also plan to attend the fun-filled Saint Patrick’s Day Parade being held in downtown Mount Holly!

This fun event is the only one of its kind in Burlington County, and it promises to bring lots of action and excitement to the Mount Holly area.

A special fundraiser to honor the Parade’s Grand Marshal will be held on Feb.27th, 2011. You can enjoy a three-course dinner with all the bells and whistles for only 55 dollars.


There will also be a contest to judge the best Guinness or Saint Paddy’s Day-inspired float after the parade!

Enjoy “the wearing of the green” in a festive and welcoming atmosphere – attend the Mount Holly Saint Patrick’s Day Parade this year. For more information, visit the Mount Holly Irish festival website.