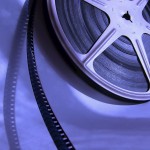 Irish cinema offers important glimpses into the unique culture of the Irish people…whether great Irish movies capture historical elements or modern vibes, they are always original, evocative, and bestowed with the charming and spontaneous spirit of the Emerald Isle.

For this list, we’ve compiled some great choices that are hits with critics and movie buffs alike. While these five films may not fit everyone’s tastes, they offer an exciting sampling of different styles and genres.


Directed by John Carney, this quirky drama has many comedic elements, and also features the talents of critically-acclaimed actor Cillian Murphy (Batman Begins, 28 Days Later, The Wind That Shakes The Barley). The movie is set in modern day, and it tells the story of Jon Breech, whose alcoholic father dies, triggering a series of pivotal events in the storyline. Breech robs his brother’s house, taking his father’s ashes away with him. He is caught and convicted, and sent to a mental hospital, where he joins with other patients in group therapy. This “suicide group” for desperate patients becomes a catalyst for change and redemption in Jonathan’s life…

Starring the mesmerizing Australian actress Cate Blanchett, this suspenseful, biographical drama was filmed in Dublin, and tells the tragic story of the late Irish journalist, Veronica Guerin. Guerin wrote for the Irish Sunday Independent newspaper, and she made some dangerous enemies when she began to blow the whistle on powerful members of organized crime in Ireland. Filmed by Hollywood stalwart Joel Schumacher, this realistic depiction of Guerin’s life story exposes the underbelly of modern Ireland…

Darby O’Gill And The Little People (Family film, released in 1959)

Disney magic brings a taste of old Hollywood to this classic family film, which was filmed in Burbank, California, rather than in the Emerald Isle. Despite its American provenance, this fun movie covers subject matter that is pure Ireland. The whimsical film, which stars Albert Sharpe, Janet Munro, and Sean Connery, tells the story of Darby O’ Gill (Played by Sharpe), who seems to tell tall tales at the local watering hole, where he regales listeners with stories about leprechauns! In time, it becomes clear that these leprechauns are totally real…and Darby has a strange connection to these “wee folk”. This classic family favorite has a few scary scenes that feature an Irish banshee (spirit or ghost). Many Gaelic myths are referenced in this Disney adventure…

The incomparable Daniel Day-Lewis, whose father was poet laureate of Ireland, adds realism and gritty emotion to this Oscar-winning drama. The story of Christy Brown, who is paralysed due to cerebral palsy, reveals the substance and talent of the man, who is often derided as a mere “vegetable” by those around him. In time, he becomes an author, and he learns to express himself through prose, using the only tool at his disposal…his left foot. This story of triumph over unthinkable odds is at times disturbing, but ultimately uplifting…

Directed by Paul Greengrass, this historical war drama stars James Nesbitt and Nicholas Farrell. Filmed in a compelling documentary format, this story portrays the fateful events leading up to an Irish protest march in 1972, in Northern Ireland. The participants in this civil rights march, staged in Derry, Ireland, were attacked by British paramilitary officers, leading to the deaths of 13 people (plus injuries to many more). The lead character, Ivan Cooper, is played by James Nesbitt, who will appear in The Hobbit films next year. Unique camera work, including low lighting and hand-held cameras, add dimension and a sense of realism to this acclaimed war drama.

Experience The Craftsmanship Of Gaelic Artisans With Beautiful Irish Jewelry 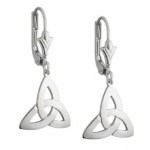 These Celtic earrings are adorned with the simple and meaningful Trinity Knot…this symbol of the Holy Trinity has three equal segments, each one illustrating the Father, the Son, and the Holy Spirit.