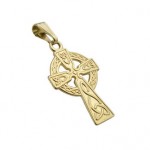 f you’re in Atlanta, Georgia on March 12th, be sure to come out and show your Irish spirit at the 2011 Saint Patrick’s Day Parade.

This fun Irish festival promises to draw townies and tourists alike! The exciting culture of the Gaelic people will be celebrated on Peachtree Street, where a fabulous parade will feature musicians, marching bands, and all sorts of fun, free entertainment.

The parade winds it way down to the Fabulous Underground Atlanta area, where plenty of delicious, tasty foods will be offered by local vendors. You’ll also be able to enjoy festive dancing to a variety of Celtic musicians.


You can expect to see Bagpipers, Drum Corps, traditional Irish step dancing, whimsical clowns, and so much more.

This parade has been held annually for more than a century – it’s really an integral part of Atlanta’s charm. Local VIP’s will come out in full force to participate in the parade and meet the people.

This fun-for-the-whole-family event offers so much for so little. The spirit of Ireland is revered through the colors, sounds, and rituals of the Irish people.

If you’re interested in attending the parade, be sure to visit the festival’s official website for more information.