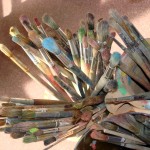 Ireland is well-known for its excellence in the arts: music, literature, and painting are just a few of the areas where the Irish have proven themselves, time and time again…

For centuries, the strong cultural traditions of Ireland have brought forth masterpieces that now hang in galleries and museums all over the world.

If you’re interested in learning more about Ireland’s preeminent artists, you’ll enjoy our overview of the Emerald Isle’s greatest painters… 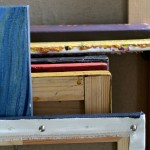 This celebrated figurative painter was born on Lower Baggott Street, Dublin in 1909. His somewhat bleak, even macabre sensibility gives his work a dark, tortured quality.

Famously, Margaret Thatcher described him as “that man who paints those dreadful pictures”.

Expert technique is married to his unique worldview in his best works, including Three Studies For Figures At The Base Of A Crucifixion. This particular painting, which is divided into three panels (a triptych) was created in 1944, and it is considered his first masterpiece…

Bacon died in 1992. Since his passing, interest in his work has escalated. Today, his paintings fetch high prices at auction, and many galleries and museums feature his work in retrospectives.

For those who appreciate his unique style, his art is a symbol of the modern condition, and the remarkable emotional honesty of his painting is a reflection of truths about society and humanity. 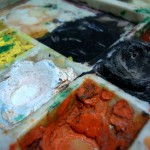 This artist came from an illustrious family: his brother was celebrated poet William Butler Yeats. In his early days as a painter, he created many works that depicted the beautiful, West Irish landscape.

In particular, he focused on Sligo, the town where he spent much of his childhood.

In time, his style changed, and he began to move from traditional landscapes into other themes, including portraits of horses and circus performers.

His signature style relied on an Impressionist sensibility, and he applied paint lavishly, in order to saturate his works with colors that evoked certain moods and emotions.

Yeats had a somewhat mysterious persona, and he preferred to work alone. Despite his unwillingness to court attention and fame, he was the first Irish artist to produce paintings that sold for 1 million dollars.

In the eyes of many, he remains the most esteemed Irish painter of the 20th century… 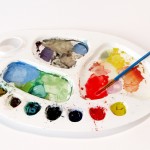 Not all of Ireland’s most recognized artists are male…Susanna Drury, born in 1698, remains of the Emerald Isle’s best-known and most revered landscape artists.

Today, citizens of Ireland, as well as tourists from all around the world, can enjoy her famous works at the Ulster Museum in Belfast, Northern Ireland.

These are just a few of Ireland’s contributions to the world of fine art: today, popular galleries and museums, such as the National Gallery and Irish Museum Of Modern Art, offer glimpses into Ireland’s best work, from the past and present…

Another Way To Honor Ireland’s Mastery In The Arts… 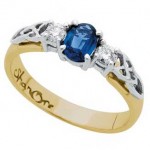 To capture the beauty and meaning of Ireland’s cultural legacy in your own life, choose a stunning piece of Irish jewelry that offers true artistry, authenticity, and fine craftsmanship.

Today, master artisans create pieces that carry a strong cultural legacy. The symbols and motifs of the Celtic people are engraved in precious metals and decorated with precious gems.

This blue sapphire and diamond Celtic engagement ring is adorned with ornate knot work that appears on Irish art treasures and monuments.

From the sixth century onward, Trinity Knots (a symbol of the Holy Trinity) have become synonymous with the strong spiritual beliefs and traditions of Ireland.

Today, many brides-to-be enjoy honoring their own ancestry and heritage by choosing an authentic Irish engagement ring. For a touch of the Emerald Isle that lasts a lifetime, such a ring can be the ideal choice.

A full complement of rings, pendants, earrings, and bracelets are available at our online Irish jewelry store…