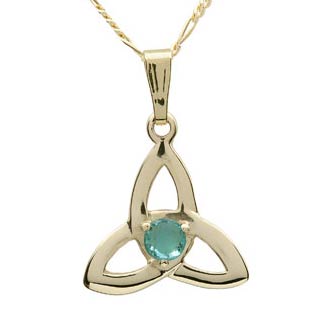 The illuminated text known as The Book Of Kells is considered Ireland’s greatest national art treasure. Now resting at Trinity College Library in Dublin, the book draws thousands of tourists each year. They come to gaze at depictions of the Gospels, decorated with colorful, vibrant knot work borders. The history of this beautiful testament to faith and spirituality is fascinating.

Also known as The Book of Columba, The Book Of Kells is a mixture of Christian symbolism and mythical lore. Combining the spirals and interlace of the Insular Art period, which began in the sixth century, it retains a magical quality.

The Book of Kells depicts four books of the Gospels, and it was written and illustrated by Celtic monks during the eighth century. The text itself is derived from the Vulgate. The use of beautiful, ornate calligraphy to tell the Biblical stories is as spectacular as the stunning, full-color drawings that bring the historical tales to life.

Since the 1950’s, the book has been divided into four volumes, and it contains 340 vellum pages. During medieval times, the monks in the Abbey of Kells began to craft The Books Of Kells. The work in the manuscript appears to have been performed by at least four different people. Some historians initially believed that the Book of Kells was designed and crafted by Saint Columba himself.

This renowned figure in post-Druidic Ireland was a proponent of monasteries and the one true faith. He devoted his life to spreading the message of the Gospel, and converting the Irish to Christ. Over time, the pages were dated with scientific methods, and the theory that Columba himself was the author of The Book Of Kells was disproved.

Vikings pillaged the Abbey, where the illuminated texts first took shape, during the 10th century. Miraculously, The Book Of Kells survived undamaged – but it was incomplete.

Thieves who recognized the value of its gilt cover then stole the manuscript. It is thought that several of its folio pages went missing at this time. In the 12th century, the Abbey of Kells was dismantled due to religious reforms, and from that time onward, the book itself rested in a church built on Abbey grounds.

The parish church in County Meade, Ireland, remained home to the texts, and over time, script and images were added to it. Numbers (roman numerals) and other means of organizing the work were used in the 16th century. The Book was also rebound several times, and pages were even resized, which cut off some elements of the illustrations.

In the 1950’s, The Book was placed in four different volumes, the same format it appears in today. Two of the volumes are on display at Trinity College.

The symbols found in the manuscript can be found all through Celtic art and history. The delicate interlace is of the type found on stone crosses in Irish graveyards. The zoomorphic figures that depict animals and mythical beasts also appear in crosses and other relics of the Insular Art Period.

Today, Celtic interlace remains a popular, distinctive symbol of the culture of Ireland, Scotland and Wales. It can be found on handcrafted Celtic jewelry pieces, modern tattoos, and folk art. The beauty of The Book Of Kells continues to captivate each new generation.